NOTE to readers: This happened long before ghost whisperer or medium came on cable. This is also a repost from another blog I have.

I don’t know how this will be received. For those who don’t believe, you can treat this as your regular sci-fi segment. It’s ok. I couldn’t believe it myself until it happened to me.

A friend’s aunt was a bank manager at a local bank. Her staff would always talk about seeing a ghost at night or frequent cold drafts where none should be. To help calm them down, she called on her nephew..who was a part of our group, to check out the office and ‘see what we think’.
We came after banking hours. We did check out the place and found none. We told her that her place was ok and left it at that.

Come monday, a friend of mine, Gems, went back with the nephew because they had to do some bank errands and that bank was the nearest. That was when she saw this spirit in the line of people under the new accounts section. He was poking them, as if asking for directions. When he saw that Gems could ‘see’ him, he followed her home and she allowed it.

That night we came to her place to help her out. The guy was lost and asking for directions, however nobody would answer him or tell him where he was. We then asked him to describe his sorroundings.

He was surprised that we didn’t see what he saw..Gems picked him up in the middle of a rice field. He could see people..but they never took notice of him. In fact where we were to him, was a field of weeds. He said that he was riding his horse, helping his owner mark his property. It was so hot that he decided to rest at the nearest tree, near the property marker. He fell asleep. When he woke up, it was still day time and he has been waiting ever since for his ‘master’ to pick him up.

We asked him who his master was, according to him it was Don E. Ortigas [i’ll fill it up as soon as i get my notebook]. He doesn’t know what year it was.

Perhaps it was sheer coincidence that Gems’ godfather is the one of the Ortigases. We felt incredulous so we asked if we could talk to her dad about the Ortigases. What we did find out was there was a Don E. Ortigas. There was a property ‘marker’ near the bank where the ghost guy was picked up. And up until 1950’s the house we were in was a field of weeds. The area where we picked up the guy was a rice field [of course he gave us details from where to where the great ortigases had land in].

When we returned, one of our guides [each person on this earth is given a guide. we call them guides because whatever you do.. or think, whether you believed in them or not..they are always there] told Gems that the guy suffered a heat stroke and died.

We asked him then if he saw a light. He said yes but he has been scared of it. He didn’t know what it was. We told him to look into the light. He did. He asked us what was in the light.

That question made us all quiet. We told him then that the light is where all dead people go. It was his turn to be quiet. Some of us felt despair. The first thing that came into mind was his parents. We told him that if he was to go into the light, his parents would be there waiting for him. He was hesitant. He asked if we could go with him.

One of our guides then said, that they can accompany him to the light..and that’s what they did.

Yes, a sense of happiness does hang in the air. I guess it is the feeling of the one who left that we all felt. We also found out that, it is important to ask them what they ‘see’. For it seems that they see what they saw at the time of their death. Some do not see the structures or machines that man has created. 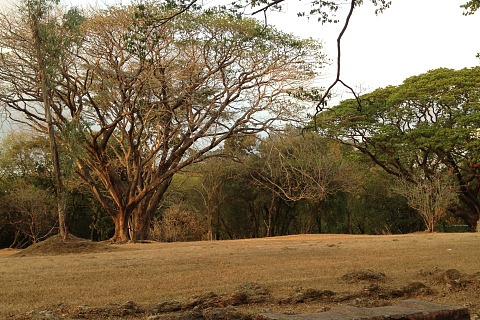 During our retreats in high school,we were made to answer questions. According to my parents, it is...

I am not a foodie – although I do love eating. I love trying out new food, new recipes and new ways...

A Pause From The Daily Grind

We spend most of our days working. We talk to people without really communicating. “Do this, do...