“Mama, I need your help,” my son whispered.

I opened the door to see him wearing my bra. He was turning red with every minute that passed. “I can’t unhook your bra.”

“WHY? ARE YOU WEARING MY BRA?!” I asked, half angry, half amused.

“I wanted to see how it feels. I don’t understand how you guys can move with that stuff. It’s suffocating! It’s also hard to remove.” He explained as I freed him from the thing. “I can’t even put my arms up.”

He left me, speechless.

I think I better hide my makeup too. I don’t know where his curiosity will lead him. When you have a son, you don’t know what can happen.

The next day we talked about it and he goes: “I don’t understand how you girls can move with that thing. Why do girls have to wear such a constricting thing in the first place? It doesn’t even do its job.”

“At the turn of the century women used to wear corsets, now it’s just the bra.” I said.

“Why do you guys wish to restrict your movements?” he asked.

“It’s not us, it is society that dictates what women wear to be socially acceptable.” I said.

While we didn’t talk deeply about patriarchy and how the standards of beauty have restricted women’s and men’s actions  in order to be more “socially acceptable” throughout the ages, I realized how curiosity can create a stream of questioning that can be both unnerving and soul-searching. It sparked a series of thought provoking questions – simple questions that I didn’t bother to ask back then. Whether it may be because I am a woman and we were taught to accept such things without asking why – to asking and complaining, but since nobody knew the “real” answer I eventually accepted it. Besides school and relatives offered an answer that  sounded so logical at that time – that bras held the boob up and prevented it from sagging. I realized after motherhood that it was far from the truth. Breasts will sag eventually as a natural by product of aging.

So – why do we have to put up with these uncomfortable things that do restrict our movement? I guess it is because whatever we do, people [men mostly], find it uncomfortable seeing nipples – specially erect ones that poke through one’s clothing. Whether such experiences can be compared to the burqa or veils – hiding an entire part or features to prevent lustful gazes by men – or not, it makes you ask why we still put up with it.

“We need to talk,” my son said in utter seriousness. With that he turned to walk towards the living room where we usually hold our morning chats.

“I just had a talk with Tita Rochelle [his friend’s mom], she explained to me how it is like being a diabetic and what should be done,” my son said, sitting down, motioning me to sit beside him.

“Yes honey. She helped Tita Alma with Relly when it came to his diet, among other things.” I said.

“Honey, I know. We have so many diabetic friends, they already know what’s good and not good for them.” I said.

“Yes, but they’re not doing what they’re supposed to do,” he said sounding frustrated. “And I want you to live a long life, Mama. I want you to be around , be strong and run after your grandchildren when you babysit them.”

“Gee. Thanks. That sounded so sweet.” I laughed.

“Yes, because I love you.” He said hugging me. “If you need more advise, just talk to Tita Rochelle.”

Something tells me he won’t let this issue die. Until I get healthy enough to pull my blood sugar down.

Yes, my son and I have switched roles for a minute. Somehow he now feels he has to be responsible in helping me get back to being healthy again. NewerSeeking Enlightenment in the Kitchen
OlderOf Lezzies, Love and Valentines 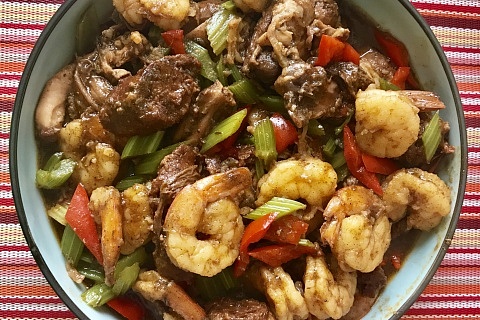 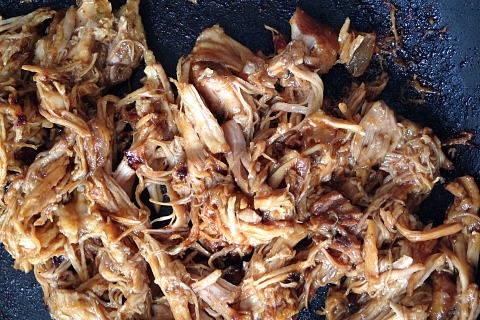